Valley Christian School is a private, K-12 Christian School located in the heart of Silicon Valley, San Jose, California. This school develops and manages the ISS (International Space Station) project and provides modules, software and knowledge to participating schools who want to run their own experiments on the ISS.

Valley Christian School was developing two ISS project experiments which used the RP-Q1. The first was run by the junior high school to examine how liquids of different densities interact in space and compares the results to those on earth. The other was run by the high school to investigate the effectiveness of antibiotics on the growth of E.Coli Bacteria and how bacteria virulence changes in micro-gravity.

Valley Christian High School students faced the problem on the pressurized system to dispense the liquids. They had originally planned to use certain valves manufactured by another manufacture for this system. The inability to precisely control liquid delivery and their power consumption created many limitations. They needed two valves but the power consumption (each consumed 75 ma) exceeded their maximum budget of 100 ma. The inability to precisely control liquid delivery created uncertainty of the results and the inability to repeat the experiment precisely. The valve took up a lot of space limiting the ability to put in additional equipment.

At that time, a 13-year-old team leader named Andy, spotted a Takasago’s peristaltic pump on the Internet. He became excited because the pump solved many of his experiment’s problems and also enabled a class of experiments that could not be done before with their current methods.It was so small that it can easily fit two of them into the system and eliminate the bulky and problematic pressurized bag system leaving space for other parts. Surprisingly, the RP-Q1 was half the price of the valve. They were so successful that the news quickly propagated to other participating schools that quickly changed over to the RP-Q1.

Summary of reasons they choose our pump

Their project went well and their modules were launched to the space in 2014’s summer. James Nadir, a retired Intel Principle Engineer and he is currently a volunteer teacher at Valley Christian High School, said “Takasago Electric’s Peristaltic pumps are now being used by many of the participating high schools across the world from Finland to Hawaii. They are gaining quickly in popularity since they eliminate the problematic pressurized valve systems we used before. Their ability to deliver a precise amount of liquid makes it the pump of choice for the biological experiments aboard the ISS”. 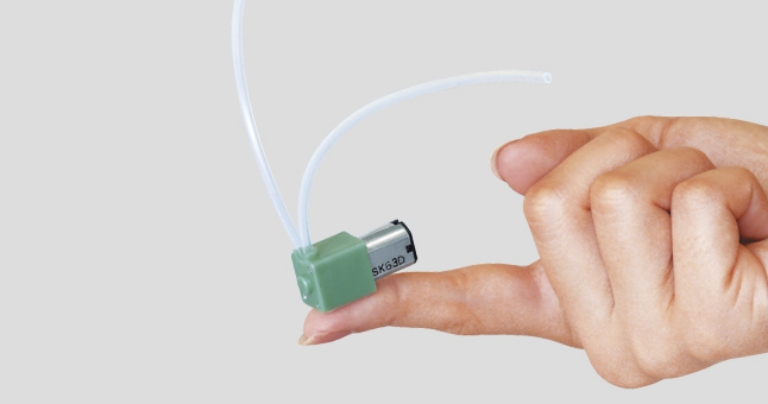